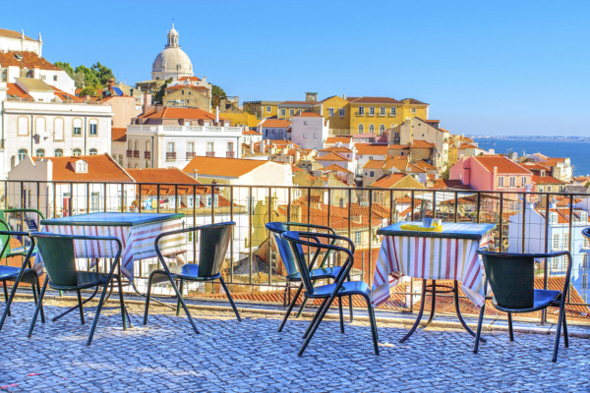 With a cold and wet start to the new year, it’s no surprise this is the time when people start thinking ahead to some kind of holiday. You’re probably thinking about it right now, but with a sluggish economy and money being tight in general, you might believe an affordable short break is out of reach. But it doesn’t have to be.

By choosing carefully and booking quickly, you can find destinations giving you great value for money and some much needed time away – and maybe even some sun. So here are our top 8 short break ideas (in no particular order) that are all 3 hours or under flight time from the UK.

With so much to do in the City of Light, you’d be hard pushed to ‘do’ Paris in just a single short trip. Luckily, with a 2hr flight or Eurostar ride, it means you can keep coming back.

From culture, art, and world-famous attractions to music, cafés and bars, and taste-tingling restaurants. From the well-trodden tourist spots to the most hidden and quirky activities. Paris has more to offer than any other city. Don’t miss the panoramic views from the top of the Eiffel Tower, or the chance to ride the metro out to the hipster hotspot of Montmartre.

Just under three hours away from anywhere in the UK, a flight to Spain’s Catalan capital takes you to one of the World’s top tourist hotspots.

And a city break to Barcelona will give you the chance to relax and experience the city’s cultural must-sees and sandy beaches by day, and discover its buzzing nightlife and uniquely Catalan cuisine by night. Barcelona’s not just another European city, it’s a way of life – and it’s not to be missed. Don’t miss Gaudi’s Sagrada Familia church overlooking the city or a tour of the hallowed turf of Camp Nou, home to FC Barcelona.

For a taste of diverse Europe, it doesn’t get much better than the Netherlands. At a little under two hours flying time from the UK, Amsterdam will tick every box on the culture vulture’s list, as well as offering more than a few treats for lovers of nightlife.

Hugely popular as a short city break destination, Amsterdam has it all. From history, culture, and lush open spaces, to club nights, eclectic cafés and bars, and music venues – not forgetting cuisine to die for. Don’t miss the Van Gogh Museum or the Rijksmuseum for art lovers, and the Albert Cuyp market for food, clothes, souvenirs, and atmosphere.

Exploring one of the most beautiful cities in the world should be at the top of everyone’s wish list. And Venice has a historic charm all of its own that’s not to be missed.

One of Italy’s most famous destinations, the City of Canals has sights like nowhere else and offers you everything a city known as a living museum possibly could. Full of medieval attractions and architecture, winding streets and waterways, and Michelin-starred restaurants right on the water’s edge. Don’t miss St. Mark’s Basilica, the Piazza San Marco or the chance to take a gondola ride through the peaceful canals.

Absolutely crammed with history, a visit to the Eternal City of Rome will bring its past to life while keeping you firmly in the present – and it’s all only a 3hr flight away.

A breathtaking mix of old and new, Rome can transport you back 2000 years with its museums, monuments, and that famous gladiatorial arena. But its restaurants and fine food, bustling bars, and nightlife bring you firmly back to the present. Don’t miss the Colosseum for awe-inspiring tours, or a chance to watch two footballing giants – AS Roma and SS Lazio – play at the Stadio Olimpico.

A bit closer to home, but a special European city nonetheless. The Irish capital of Dublin can be reached in about an hour from any UK airport and has masses to offer anyone who visits.

Together with its rich literary history, dynamic Dublin has plenty of city attractions, tours, and culture to explore – as well as the odd pub to experience a pint of the black stuff. But it’s also a stone’s throw from the majestic Wicklow Mountains National Park for exhilarating views. Don’t miss a trip to the Guinness Storehouse and the Little Museum of Dublin for a quirky look at the city’s history.

Less than 3hrs flight time away, Krakow in Poland is known as one of the most lively cities in Europe, full of life and energy. So if night time’s the right time, Krakow’s for you.

Though its reputation for being stag and hen do central has toned down, Krakow still thrives on its vibrant nightlife. But there are other attractions to this exciting city – its modern art culture and stunning architecture all help to make Krakow uniquely different. Don’t miss the chance to visit Wander Kazimierz that plays host to some of the best eateries, bars, and galleries in the city.

Often overlooked, a short internal flight to Scotland’s capital city is an absolute must for foodies, culture vultures, and nightlife fans alike.

Sitting on two extinct volcanoes, Edinburgh’s rugged good looks and history draws visitors from all over the world. Offering the famous Fringe Festival and Military Tattoo, its art galleries, architecture, and bars can keep you entertained for days. But with a host of sensational restaurants across the city, you’ll never be short of fine dining options. Don’t miss Edinburgh Castle for spectacular views across the city and beyond, the city’s winding backstreets, and the Royal Mile for stunning architecture and shopping.

So when you’re thinking about your holiday in 2019, there’s no need to get distracted by far-flung destinations that take up most of your budget before you’ve even arrived. There are plenty of undiscovered city breaks to enjoy just a few hours away – and a flexible and affordable cash loan from Car Cash Point can help you make the most of it.

If you own your own car and have no outstanding finance attached to it, you could get a transparent and low-cost logbook loan to help towards flights or spending money. And by making your short break even more affordable, you might even be able to plan for more than one trip away.

For more information on how a Car Cash Point logbook loan could help you get a short break away from it all, visit www.carcashpoint.co.uk and apply online. Alternatively, call our award-winning customer service team today on 0330 057 2372.

Where you can Invest Money Once the Sky’s Falling

Finding A Suitable Company That You Can Outsource Your…